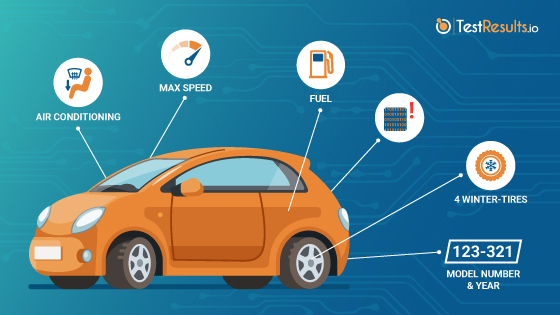 How often can you update the tools?

In our scenario today, the disease is Versioning and the frozen solution the cure. To clarify, rooted in the software for medical devices, the so-called frozen solution schema allows you to work with a defined version of critical components. And at the same time, having the benefits of newer versions of non-critical components. This is a life saver in an agile world.

Tool versioning is a problem in testing today

Modern test tools have dependencies. For instance, Selenium, as example, is a framework (Selenium), requires a runtime (junit, …) and talks to a browser via the WebDriver protocol. Versioned components are therefore all three. Which means, all three of those components are dependent. In other words, all three components can break your test case.

As for Selenium, you need to answer the following questions (for every browser that you want to test):

It gets even worse with frameworks like Appium. If there are different WebDriver implementation for the same target (like Android or iOS).

Bear in mind, on top of Selenium, you use your own tool. This means, you have the following challenging questions that rise. Does your own tool and CI Pipeline support that versioning? And what if you update your own tool? Do you need to update all the possible dependencies? Furthermore, can your CI pipeline still execute those tests?

The question is: How can you make sure that you can test on all platforms without the hassle of updating all the time?

Essential you are stuck in a specific version of a tool chain. Which is ok. If you have a short running project, no one will ever notice this problem. In bigger projects that take longer than a year to deliver this problem will manifest itself.

Agile development makes it even harder as you will usually see a push to adapt to the newest framework versions based on an automatic packaging solution. Once again, testing cannot keep pace with development.

The idea of the frozen solution is simple: Components. You split all required functionality in independent components. All these components follow a common version schema and provide a full interface (interface not as in UI but as in a programming language) abstraction of all components against each other. You have two-sided interfaces with versioning interfaces in between. That is not easy.

If done right, it saves you time every single day.

Our version schema for example is the following: A.B.C.D:

For a frozen solution all you need to do is: Version pinning. That means you tell the system which differences in the version you do allow. At TestResults.io we provide a default pinning of 0.0.0.1. We only allow bug fixes to be automatically be applied.

Our proposal for regulated environments is a pinning of 0.0.0.0 which blocks all updates.

At TestResults.io we classified the following components as critical:

Non-critical, and therefore always updateable are:

Unblock your testing but stay safe!

How does it all come together? Components that are non-critical need to be able to support all previous and future versions of the critical components:

The designer supports any previous and future version of the test engine, base model, and application models. Therefore, you can always have the latest design experience with the latest AI based features while still relying on a year-old test engine. The designer will automatically create a test case in the format defined by the test engine that you have chosen on startup.

You conclude your test case writing and in the meantime the designer will register the version number of the critical components and includes it in your test package.

The same setup you have defined in the designer, will execute your test case with a host. Although, it might be a test engine version that is already 3 years old, running on the brand-new execution host. Frozen Solutions are the only solution for regulated environments, today. Nevertheless, they save everyone a lot of time on updates as the system just works.